Vets Central has assembled world class U.S. and European Board Certified veterinarians and experienced practitioners in their respective fields, based in America, Hong Kong, and Israel, who are ready, willing, and able to offer their professional services 24/7 to veterinarians worldwide with the initial focus being in Greater China, Mongolia, Asia, and Eastern Europe. Here are their professional credentials, brief background, and experience, arranged by specialty. CVs will be posted when available. 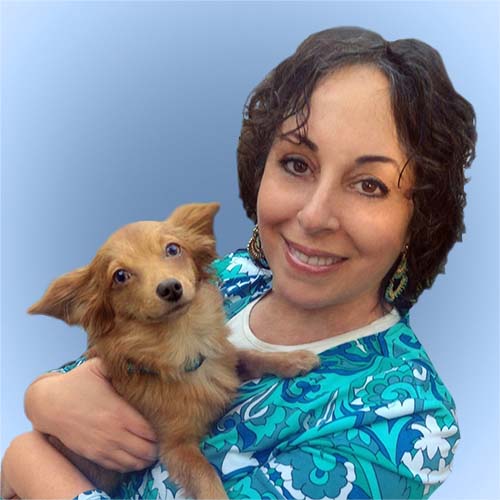 Dr. Schwartz is a Board Certified Veterinary Behavior Specialist based in California who is licensed in California, New York and Massachusetts. She received both her DVM and MSc. In Ethology (study of animal behavior) from the University of Montreal and her BSc. in Psychobiology, Comparative Psychology and Neuropsychology from McGill University. Dr. Schwartz served on the Clinical Faculty at Tufts University School of Veterinary Medicine (1990-2006) and has been on the Clinical Faculty at Virginia-Maryland Regional College of veterinary medicine since 2009. Her focus is the diagnosis and treatment of pet behavior problems in dogs and cats and deals with aggression, anxiety, destructiveness, depression and house soiling. Dr. Schwartz is an author, lecturer expert witness and regular T.V. and radio guest. 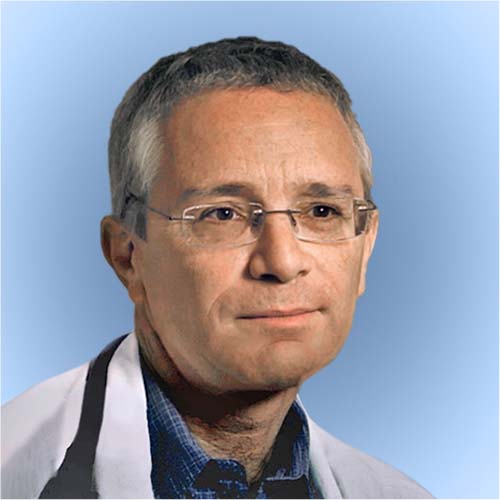 Dr. Ohad received his DVM and PhD from the Koret School of Veterinary Medicine, is a Board Certified Diplomate of both the American and European College of Veterinary Internal Medicine – Specialty of Cardiology and is a clinical specialist who has devoted most of his career to understanding, teaching and studying diagnostics and therapeutic modalities of diseased mammalian hearts. He was a resident (1996-1998) and Fellow (1998-1999) in Clinical Cardiology at the University of Pennsylvania and a Research Scientist in R&D at Eli Lily & Company (2000-2003) before becoming a Clinical Senior Lecturer in cardiology at the Veterinary Teaching Hospital of the Koret School of Veterinary Medicine in 2004. He has chaired various university committees, has been a Member of the Journal of Veterinary Cardiology Review Board since 2010 and also reviewed numerous scientific manuscripts and abstracts for other professional journals. He has also published numerous articles and chapters in textbooks, peer review journals and been a lecturer at numerous International Scientific Conferences. Dr. Ohad is the recipient of numerous professional and Teaching Awards and Grants. 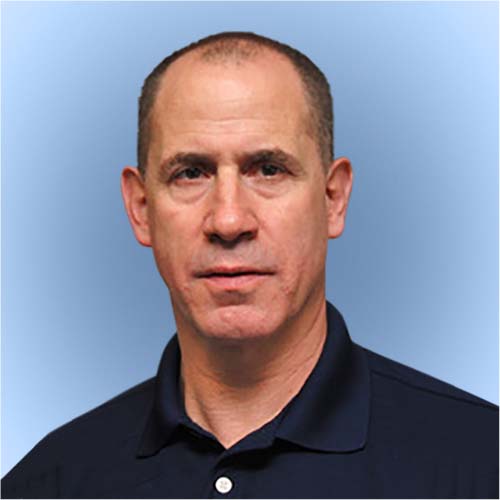 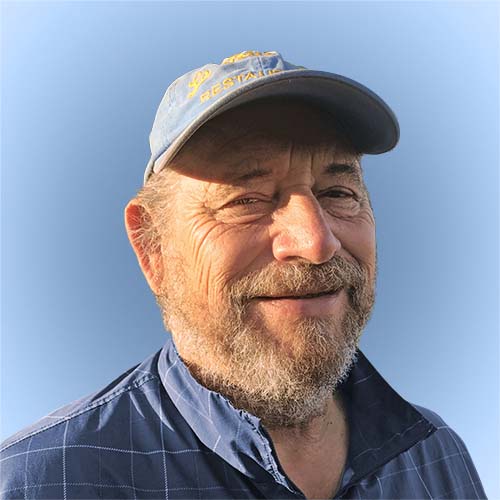 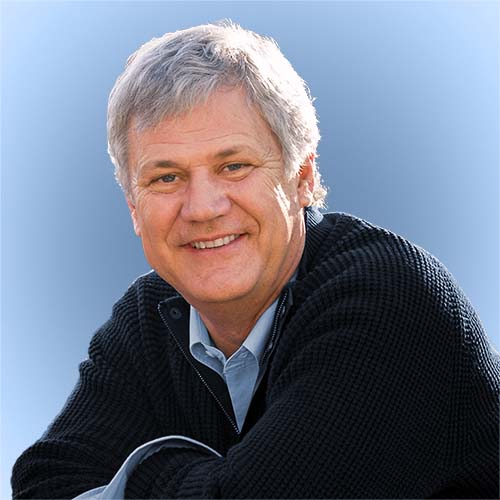 Dr. Ramey received his DVM from Colorado State University in 1983, was an Equine Medicine and Surgery intern at Iowa State University, and has since been a full-time clinical practitioner in all aspects of equine health care with approximately 60% devoted to show and performance horses (hunters, FEI-level jumpers, barrel horses, endurance horses, FEI-level dressage horses and saddle seat horses. He has published 13 books on various aspects of equine health, five book chapters, published more than 70 papers in professional journals and is a reviewer for professional journals, including Equine Veterinary Journal, Journal of Equine Veterinary Science and Australian Veterinary Journal. Dr. Ramey has spoken and lectured on equine topics at universities, conventions and continuing education seminars across the U.S., Canada and UK. 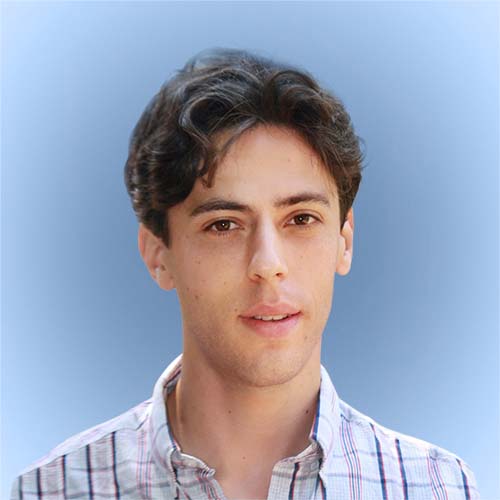 Dr. Nivy is a graduate of the Koret School of Veterinary medicine, The Hebrew University, Jerusalem. He is an instructor at the university and an online consultant to private veterinary practices for respiratory diseases, bleeding and pro-thrombotic disorders and electrolyte imbalances for respiratory diseases, immunodeficiency and immune-disorders and antibacterial and steroid use in small animals. He is the recipient of numerous prizes and awards and is the author of numerous articles in veterinary publications. 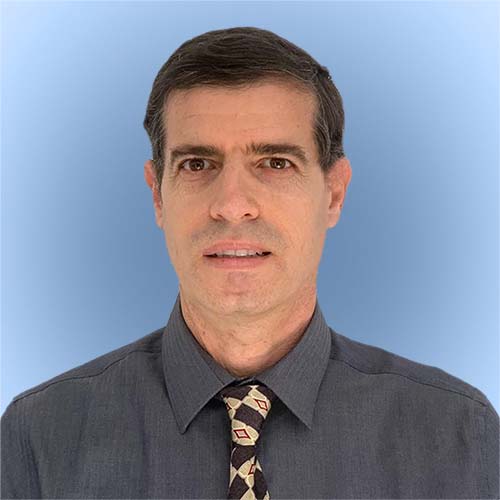 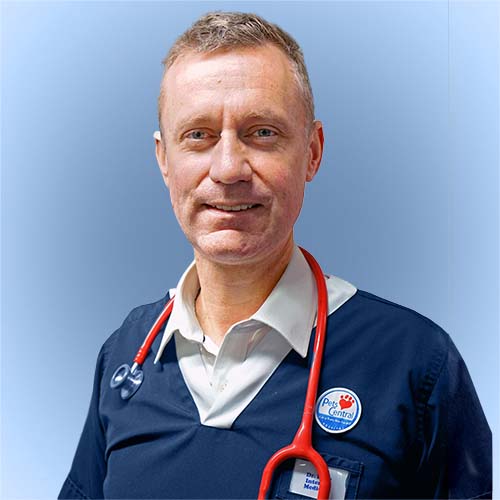 Dr. Coyle is the Head of the Pets Central Internal Medicine Department overseeing almost exclusively referral and second opinion work dealing with seriously or chronically ill cats and dogs. He is a graduate of The University of Queensland, Australia and a member of the Australian College of veterinary Scientists in the field of Cat and Dog Medicine. He performs over 500 abdominal and 200 heart ultrasounds each year, and routinely performs minimally invasive ultrasound diagnostic procedures, saving hundreds of pets each year from diagnostic surgical procedures. He has lectured for more than 15 years on internal medicine topics in Hong Kong and China, and mentored undergraduate and post graduate students. 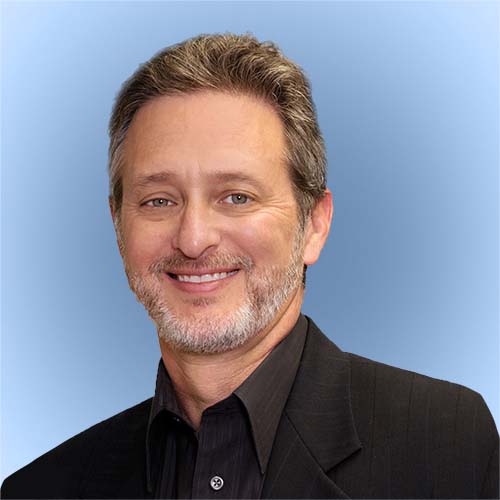 Dr. Weinstein is the Executive Director for the Southern California Veterinary Medical Association. He attended Cornell University undergraduate and the University of Illinois to receive his DVM.  While practicing he identified the need for business acumen to make his practice successful and attended the University of Redlands where he received his MBA. Dr. Weinstein has served as President of the Southern California Veterinary Medical Association and the California Veterinary Medical Association and is a Past-President for VetPartners, the national consultants association. Additionally, he acted as Medical Director overseeing the Claims Department for Veterinary Pet Insurance. Dr. Weinstein has provided small business and corporate consulting via his company, PAW Consulting. He is on the Board of the Charles and Mildred Schnurmacher Foundation. Dr. Weinstein has spoken and written extensively on practice management, team building, leadership, collegiality, marketing, and other topics focused on making the veterinary profession better for all those affiliated with it. 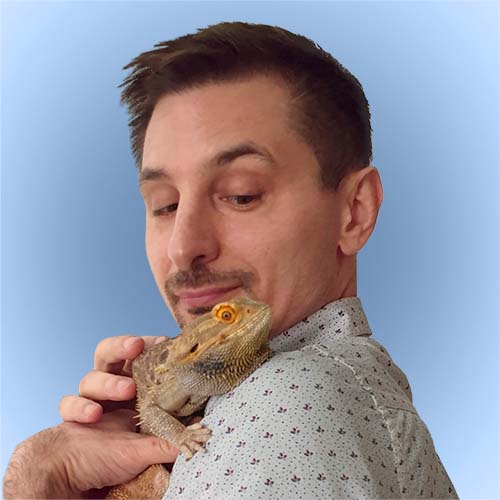 Dr. Ruggeri received his DVM in 2001 from the Universitá degli Studi di Milano, Facoltá di Medicina Veterinaria- Italy. Dr. Ruggeri completed his internship at the Hospital of Equine animal. Ecole Veterinarie de Maison Alfort, Paris, France in January 2006, where he was also a research fellow in 2007-2008. Dr. Ruggeri is a neurologist who has practiced worldwide as a clinician at “24hs Clinica Veterinaria Roma Sud” in 2008-2010, “Resonancia Magnetica Veterinaria, Hospital Veterinario San Agustin de Guadalix,” Madrid- Spain in 2010-2011, “Neurologia Veterinaria,” Getafe- Spain in 2011-2012, “Clínica Veterinaria Puerta de Hierro,” Madrid, Spain in 2012-2013 and in 2013-2015 headed MRI and CT services at “Medivet Hendon,” London, United Kingdom, was a Research Fellow at the “Turku Center for Biotecnology,” Abo Akademy University, Turku, Finland in 2015 and completed his residency ECVN at the “Koret Veterinary Teaching School,” the Hebrew University of Jerusalem, Rishon LeZion, Israel in 2016-2019; and was the head clinician at the Neurology Department at Southfields Veterinary Specialists, Laindon, Essex in 2019-2020. He now offers freelance neurological services at several referral clinics in Israel and Cyprus. Dr. Ruggeri speaks Italian, English, Spanish, French, Hebrew, and Finnish. 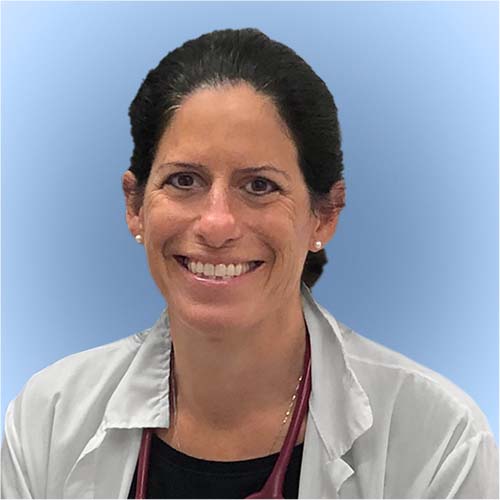 Dr. Dank is a graduate of the Koret School of veterinary medicine, The Hebrew University of Jerusalem. She did her residency at the University of California, Davis. She has been a Clinical Instructor and Lecturer at the Veterinary Teaching Hospital, Koret School of Veterinary medicine since 2003. She has been the Associate Editor of the Israel Journal of Veterinary Medicine since 2005 and the Associate Editor of Journal of Veterinary Comparative Oncology since 2007. She is a member of the American and European Colleges of Internal Medicine, Veterinary Cancer Society, European Society of Veterinary Oncology and American Society of Clinical Oncology. Dr. Dank is the recipient of numerous grants to study tumors and their treatment and has published numerous articles and papers on oncology. 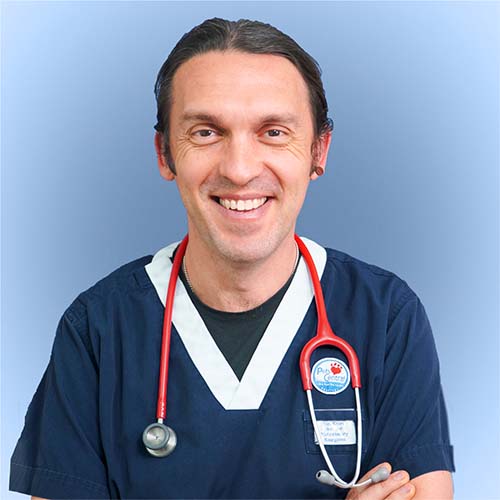 Dr. Verkest is a co-founder of the Pets Central veterinary network and Vets Central. He graduated with honors from the University of Queensland in 1995. He consults full-time on cancer cases and provides both medical and surgical oncology service. Dr. Verkest provides advice on Veterinary Oncology (cancer medicine) to veterinarians around the world through the Veterinary Information Network. The Veterinary Information Network has over 50,000 veterinarians as members, and is the largest disseminator of veterinary information. He attained Membership of the Australian College of Veterinary Scientists in Small Animal Medicine in 2001 and was awarded the Small Animal Medicine Chapter Award for the best candidate that year. He has completed two year-long postgraduate courses in internal medicine and radiology. He was awarded a PhD in the endocrinology of obesity in dogs by The University of Queensland. Kurt’s interests included cancer chemotherapy, oncologic surgery, immunotherapy, clinical cytology, palliative care, haematology, internal medicine and teaching / client communication. 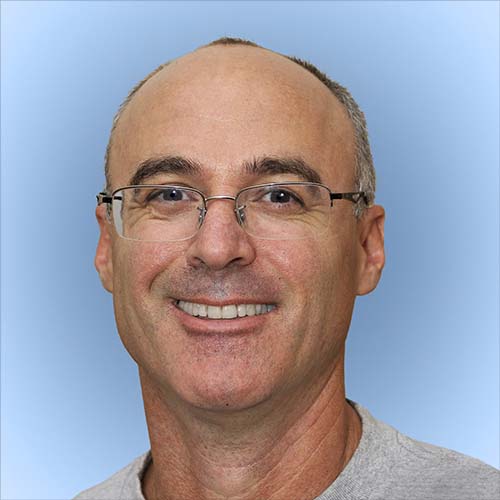 Dr. Ofri received his DVM from the Koret School of Veterinary Medicine, his PhD from the University of Florida where he underwent his clinical training in veterinary ophthalmology. During this period he developed an interest in the physiology of vision, focusing on retinal diseases. Dr Ofri is a Diplomate of the European College of Veterinary Ophthalmology (ECVO), a former ECVO Executive Board member and Scientific Committee member and served as President of the European Society of Veterinary Ophthalmology (2002-2005). Dr Ofri is currently a Professor in veterinary ophthalmology and winner of numerous Teacher of the Year awards. At the Hebrew University of Jerusalem, Ron expanded his research interests to include clinical veterinary ophthalmology (focusing on glaucoma and retinal diseases) and retinal gene therapy. His groundbreaking work on retinal gene therapy on a herd of sheep with naturally occurring day blindness has resulted in restoration of vision in treated animals for 6 years, and has paved the way to FDA approval of Phase I/IIa clinical trials in humans patients. Ron is also a very popular international speaker, having been invited to talk in more than 40 countries and 6 continents, lecturing in continuing education seminars, national meetings and world congresses for general practitioners, including BSAVA, SEVC, WSAVA, WVC and NAVC. He also lectures frequently in advanced training courses for veterinary ophthalmologists, including lectureship at the Basic Science Course of the American College of Veterinary Ophthalmologists (where he has been speaking since 2002) and numerous other forums. Ron has published more than 90 peer-reviewed papers, is a contributing author to the Gelatt’s classic textbook Veterinary Ophthalmology (3rd, 4th, 5th and 6th editions) as well as a co-author of the popular textbook Slatter’s Fundamentals of Veterinary Ophthalmology (4th, 5th and 6th editions). 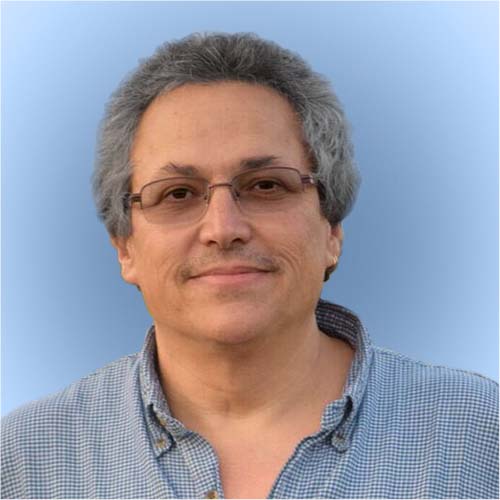 Dr. Milgram started his teaching career as a Clinical Instructor at the Koret Veterinary Teaching Hospital, Small Animal & Equine Surgery in 1999 and currently holds the rank of Senior Lecturer. He became a specialist in small animal surgery (Diplomate of the European College of Veterinary Surgeons (ECVS) in 2005. He has served on the Credentials Committee, European College of Veterinary Surgeons (2009-2015), and became its Chair (2015-2016). He has served as a member of the Review Board of the Journal of Veterinary Surgery and is currently on the review Board of the Journal of Veterinary Comparative Orthopedics and Traumatology. He is active both clinically as a specialist small animal surgeon and in clinical research where he has published numerous articles. 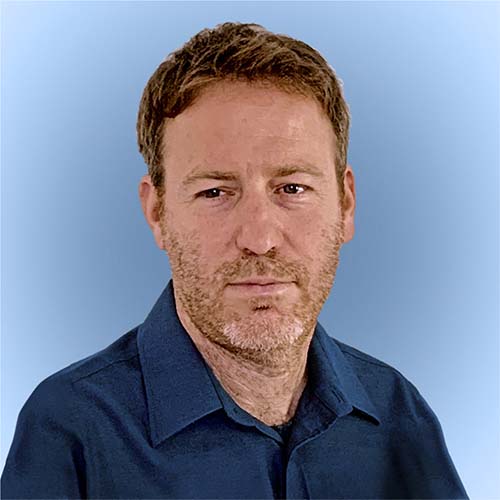 His research and clinical interests are in etiology of orthopedic disease, the evaluation of biomechanical properties of fracture stabilization and developing new methods for evaluation and treatment of fractures and joint pathology, orthopedic trauma, pathogenesis and treatment of portosystemic shunts, hepatoencephalopathy using functional MRI/CT, potential liver transplantation in dogs, and wound treatment with negative pressure wound therapy (NPWT).

Dr. Or has published numerous peer reviewed publications and abstracts; Spoke at ECVS meetings and several Universities around the world. 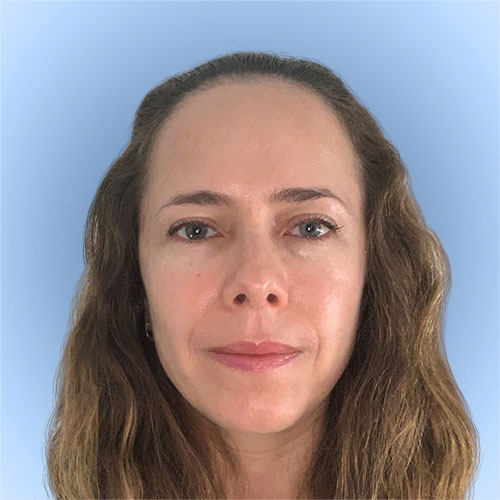 Dr. Shipov is a head of surgical department at the Koret Veterinary Teaching Hospital (KVTH) since 2013. Dr. Shipov is the recipient of numerous grants to study the effect of chronic kidney disease on the skeleton of dogs and mapping the 3-dimentional mineral distribution and structural variation occurring in post-menopausal osteoporosis. She has been supervising Master and Doctoral students since 2012 and DVM thesis and research projects since 2004. Dr. Shipov has published numerous original research papers and has been a speaker at numerous International Veterinary & Scientific Research Conferences. Dr. Shipov has a special interest in urinary system surgery and soft tissue surgery.